Living in Christchurch is like living in a new city every day. After years of demolition and rebuild we are beginning to see our new city emerging from the rubble. Christchurch has it all... without the traffic!

Christchurch has an adventure playground right on its doorstep – it is bordered by the Pacific Ocean, beautiful Banks Peninsula and the rich farmlands of the Canterbury Plains. The towering Southern Alps are less than 100 kilometres away and the resort towns of Queenstown, Wanaka and Milford Sound are all within easy reach.

Christchurch at a glance

The sudden influx of investment in infrastructure, core projects and residential development after the 2011 Earthquake has resulted in a property market that is steadily improving as the city begins to come out of the rebuild. As of late 2019, Christchurch offers the population and jobs demographics of it's North Island main centre rivals at a lower price point.

Data from Christchurch City Council showed that at June 2018, the Christchurch median house sale price was $443,500. The national median was $560,000... a lag that will soon disappear!

The Christchurch market has been relatively flat since the post earthquake housing shortage in 2014. There's been steady sales, but the prices haven't shifted as much as other areas in the country. This provides a huge opportunity for investors to get into the property market while the going is slow.

We've had repairs to tens of thousands of homes which has brought a lot of our older properties up to date in regards to insulation, heating and ventilation. There are plenty of choices of new builds in and around the CBD with some single bedroom unit title townhouses starting as low as the early $400,000s - unheard of in other main centres!

Christchurch also underwent land zoning changes making larger areas in the city fringe available for higher density development and there are still plenty of old houses on large sections in this catchment. Buying one to rent and hold in view to developing a few townhouses in several years time is not only affordable, but smart. This land will only increase in value as the years go by.

Studying at the University of Canterbury is more affordable when it comes to living costs. We're seeing the numbers boost in enrolments; not only recovering from the earthquake downturn, but beginning to surpass our 2010 numbers as our campus upgrades through years of planning and repair.

How to Invest in Christchurch

iFindProperty is a licensed real estate agency and we cover all of the Christchurch region. We believe we are the best in the business at helping others buy, or sell, Christchurch Investment Properties.

"Chris from iFindProperty Christchurch has been a pleasure to deal with, he was very prompt with looking for suitable houses which meet our brief. He is a great communicator throughout the whole process from putting offers forward, going conditional, unconditional and finally settlement. Very happy to recommend his services."

"iFindProperty helped us to find a cashflow-positive, multi income investment property in a fantastic suburb of Christchurch. We would never have been privy to this deal without them. Would definitely highly recommend!"

"Without the help of iFindProperty, it would have been an impossible task to get into the Christchurch market. Their number crunching and area knowledge was the key to finding the right property for the right price. Thanks to the iFindProperty team, I am now the proud owner of an investment property." 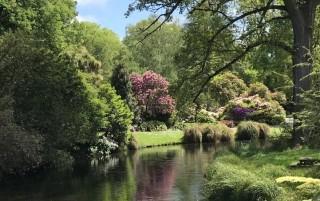 Case Study: Convert a laundry to a bedroom in Christchurch
27 Jun '18

Barry and Carolyn worked with us to hunt down a property with quick value-add potential in Christchurch. They bought outside their home town and what's more, were travelling during the due diligence and close period! Read More… 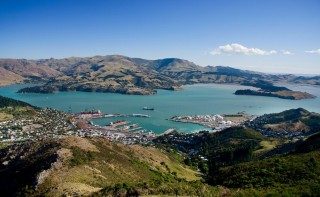 An update on the Christchurch property investment market at the mid-2018 mark. Read More…

No featured listings, our Buyers Agency clients are actively buying so why not join them?

We'll teach you how to invest in the New Zealand property market and achieve your goals.