To support such significant growth and population increase, Auckland Council and the Government have undertaken several infrastructural projects such as City Rail Link, Light Rail Project (ATAP) between City Centre and the Airport.

* Rules may change at any time, please do your own research when considering a subdivision

The CBD area is dominated by apartments with a mix of student and investor rentals with "central lifestyle" properties. CBD apartments are attractive for investors for their strong rental demand and higher rental yields. A number of new developments are in the pipeline and for investors Dual Key apartment options are starting to prove popular. When considering an apartment check the title of the land and the age of the building. In the past water tightness issues have caused major headaches for apartment owners, however building standards have been significantly improved in recent times.

Mt Albert, Kingsland, Newmarket, Parnell and Ponsonby have seen changes recently with more apartment developments being produced. These are sought after suburbs for home owners and tenants due to their proximity to the city and entertainment areas of Ponsonby, “K road” and Eden Park. These areas reflect their proximity in their price.

West Auckland has always been a popular investment choice, lower prices than central and a strong rental demand makes yields more attractive. Suburbs along the Western train line are generally good options. These include Avondale, New Lynn, Glen Eden, Henderson and Swanson. Te Atatu is also popular and improved transport links out west will open up this region with further population growth predicted. Multi-income properties are the common strategy to get good yields, either by converting and existing property or buying an investment where the work is already done. Make sure you check any work or planned projects with council first.

Near the end of SH16 you come into Massey, West harbour. Massey and Royal Heights have traditionally been a high rental area and with a lot of 80’s Keith Hay style "box" homes, an abundance of renovation opportunities exist. West Harbour has a higher home owner rate and tends to be segregated into New and Old West Harbour, Old West harbour comprises of a similar 80s houses as Massey and New West Harbour a higher proportion of 90’s plaster clad homes, which you need to be careful when buying because of perceptions of weather tightness. Hobsonville has made headlines after the conversion of 167ha Air force base into a sustainable government Special Housing Area comprising of 4500 townhouses and apartments. This area has seen huge capital gains and a demand that doesn’t seem to be diminishing although prices are nearing seven figures.

South Auckland has always been a popular investment choice, due to its stronger yields, lower prices and good tenant demand. Suburbs along the Southern train line are a good option, as along with being attractive to tenants you’re also future proofing against Auckland population growth and the increasing traffic congestion situation. The main suburbs along the train route are Otahuhu, Mangere East, Papatoetoe and Manurewa.

Anywhere in proximity to the Manukau CBD and Southwestern Motorway (20) are also popular due to easy access to the airport and soon to be Waterview connection.

Generally, the closer to the Auckland CBD you are the higher the price expectation will be.  With prices skyrocketing over the previous few years many home buyers have started purchasing in areas such as Mangere East and Papatoetoe and even further south to the likes of Weymouth and Manurewa.

Properties on the shore have seen drastic capital gains leaving most of Auckland let alone the country running to hide. New developments are on the rise with apartment buildings being built in Takapuna and Albany. The reasonably new kid on the block is Albany which in just 10 years has gone from farm land to massive infrastructure upgrades, Westfield opening a large mall and a Massey university campus alongside QBE stadium. This makes a great area for both student accommodation and home owners for people taking up jobs outside the CBD to avoid the traffic. Other sought after investment areas include Unsworth Heights, Glenfield and Birkenhead.

Case Study: Investing from overseas in a hot market
10 Mar '16

iFindProperty is a licensed real estate agency and we cover all of the Auckland region. We believe we are the best in the business at helping others buy, or sell, Auckland investment properties.

We have purchased 3 properties through iFindProperty. The agent persevered with us investigating many properties in a very challenging market before completing a successful purchase.

We were very pleased with their determination to find the right deal for us, in particular as we are out of NZ, and need to rely heavily on local knowledge and advice."

iFindProperty runs a full-service property sales operation. We are investors also so work with an agent who understands YOU and get great results with minimal disruption to your tenants. 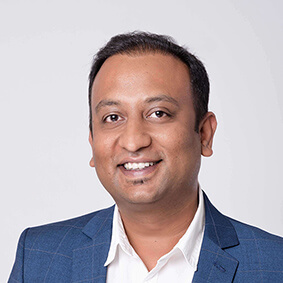